It could have been worse! 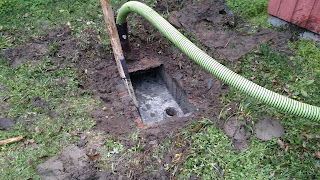 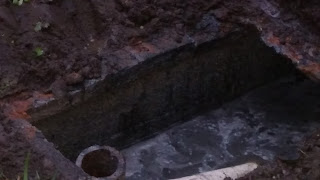 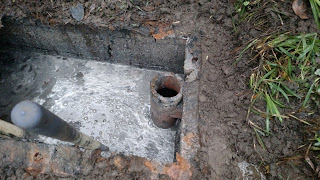 The lid was some sort of metal, but so rusted away that if anyone had stepped on the ground above it they would have fallen through. It was handmade of cinder blocks, bricks, and cement.

They started poking the ground some more, and finally found the septic tank, which was definitely full. And it made the grease trap smell like.. well, it still stunk but the septic was a lot worse- 'burn the hair out of your nose' worse. But instead of looking at a new septic tank install- which is what we were faced with before they realized the grease trap was a grease trap- we only got a $500.00 bill. so Yay! Showers all around! Flushing toilets! Laundry going! Dishwasher waiting its turn! Happy New Year Everyone! Appreciate the little things in life- like the little silver handle that is attached to the side of the commode!