It Is Finished! Yay!

Hubby and I got the rest of pasture #2 finished today, he helped this morning by cutting down some dead small trees til the chainsaw broke and helping me move the temorary pulling post from one hole to the next- I tried and tried to move the thing yesterday but the suction from the water was just to much.

Then he had to leave for work again. thats been the pattern this past week, he helps out as he can in the morning, then heads to work, and I do what I can til I cant move much anymore for the day, or until its time to feed the horses/dog and make dinner.

Yesterday was a bit crazy. We (I) decided it was a waste of time to attach the temporary pulling post brace to the corner posts, figuring the pressure from the fence being pulled would keep the brace snug, which it did, however, getting the whole thing started solo was a pain in the... well, actually a pain in the entire body. I ended up (after the temporary brace dropped twice) using a chain to hold the temporary post forward while I hammered the but end of the temporary brace onto the pin. Not sure how well thats translating................ We did this : https://www.youtube.com/watch?v=ysGIoTsmbUI but cheated a bit. My arm and back are paying for that shortcut.

I did get the back fence line stretched and set solo though. Just took me an awful lot longer than it would have with help.

Today we got the remaining fence up, so now the pasture looks like the original plan (almost) and the girls have more space and fresh grass (YAY) which means less hay and less money and now I'll be able to put the pasture seed down in the field they have turned to dirt, and it should be up and growing by the time the consume the grass they have access to now :) 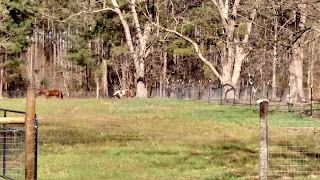 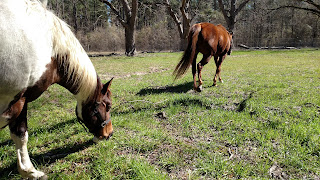 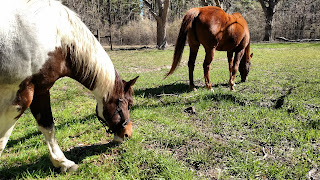 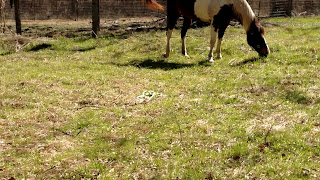 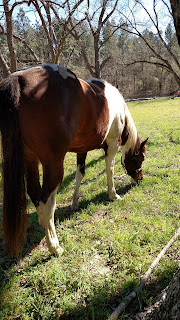 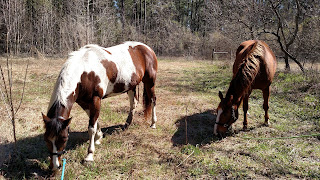 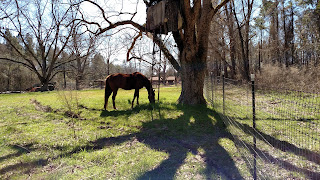 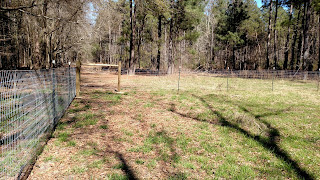 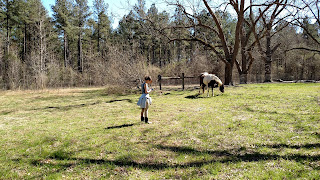 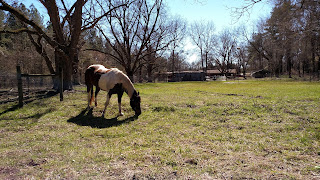 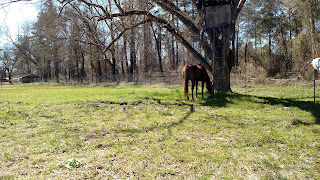 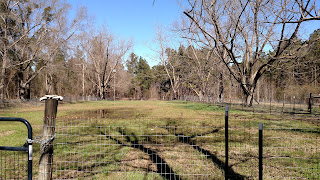 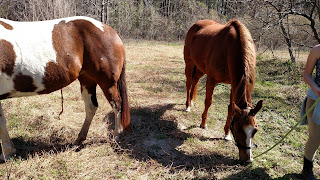 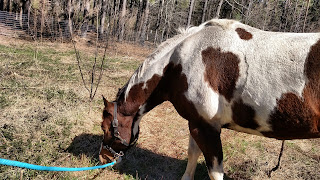 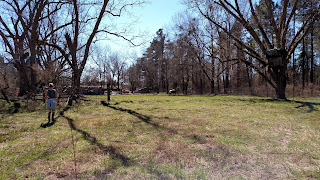 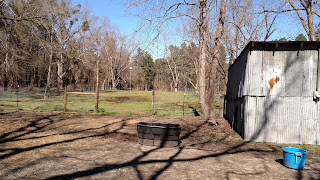 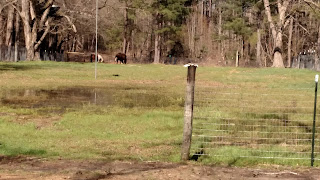 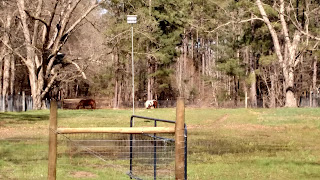 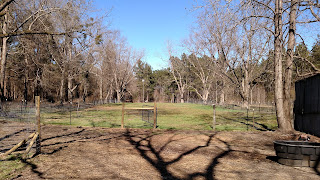 Pics not in order, and the breakaway halters came off with evening feed. Goodnight!
Posted by Tarnished Leaf at 9:10 PM